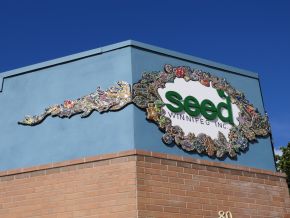 Mary, whose name has been changed to protect client privacy, is an Aboriginal woman who leads a busy life as mother to five daughters ranging in age from 1 to 12 years. Since 2011, she has added to the family by becoming an adoptive mother to her nephew who turned 16 this past year.

Three of Mary’s children had the opportunity to participate in the summer Community School Investigators (CSI) summer program and received bursaries to invest in RESPs for their education following high school. With these bursaries, Mary opened a family RESP account so all six children have a chance to attend post-secondary education when they are ready.

This could not have happened without the support of staff at SEED Winnipeg. They helped Mary move through the many steps it took to obtain identification needed to open the accounts. “I wouldn’t have done this without SEED,” explains Mary.

Through attending a SEED information session, Mary learned how the bursary money earned by her children in the CSI program could be invested in RESP accounts at Assiniboine Credit Union (ACU), and how she could apply for additional funds through the Canada Learning bond (CLB) and the Canada Education Savings Grant (CESG). The first step was to obtain ID for all her children and there were several bumps along the way.

I wouldn’t have been able to afford the fees, and SEED helped with all the paperwork. They made it easy.

Living on a limited income, the cost to obtain the required ID for her family of seven was prohibitive. Also, her children are from a First Nation community in Saskatchewan, and any forms had to be sent to the appropriate Provincial departments there. SEED made the process easy by having the correct forms on-hand.

For Mary’s youngest daughter, an error on the original birth certificate meant that it had to be re-issued. SEED helped Mary to re-apply for a corrected certificate.

When it finally came time to open the RESP account, Mary realized she had lost her own birth certificate, so she couldn’t open the account. Through its ID Fund, SEED paid for all the birth certificates, and helped to replace Mary’s. SEED staff provided appointment reminders and helped with faxes and photocopies. Mary appreciates that staff were available just to listen to what was going on in her life.

Having ID means that Mary’s children can now get their treaty cards and they will be eligible to receive band funding toward education, medical and other costs. Having RESPs means that her children can cover any tuition expenses not covered by band funding so their education will be fully funded.

Mary’s son is in his first year of high school and is already talking about studying to be a carpenter. She highlights that the knowledge that this money is already put aside for them has had a positive impact on their outlook. “The kids are pretty stoked about going to university.”

SEED’s ability to provide funding for all the identification and help with navigating through the application process was the key to successfully opening the RESPs for her children. “I wouldn’t have been able to afford the fees, and SEED helped with all the paperwork. They made it easy.”